Why does automotive struggle, and what's the way forward? (Part 1) 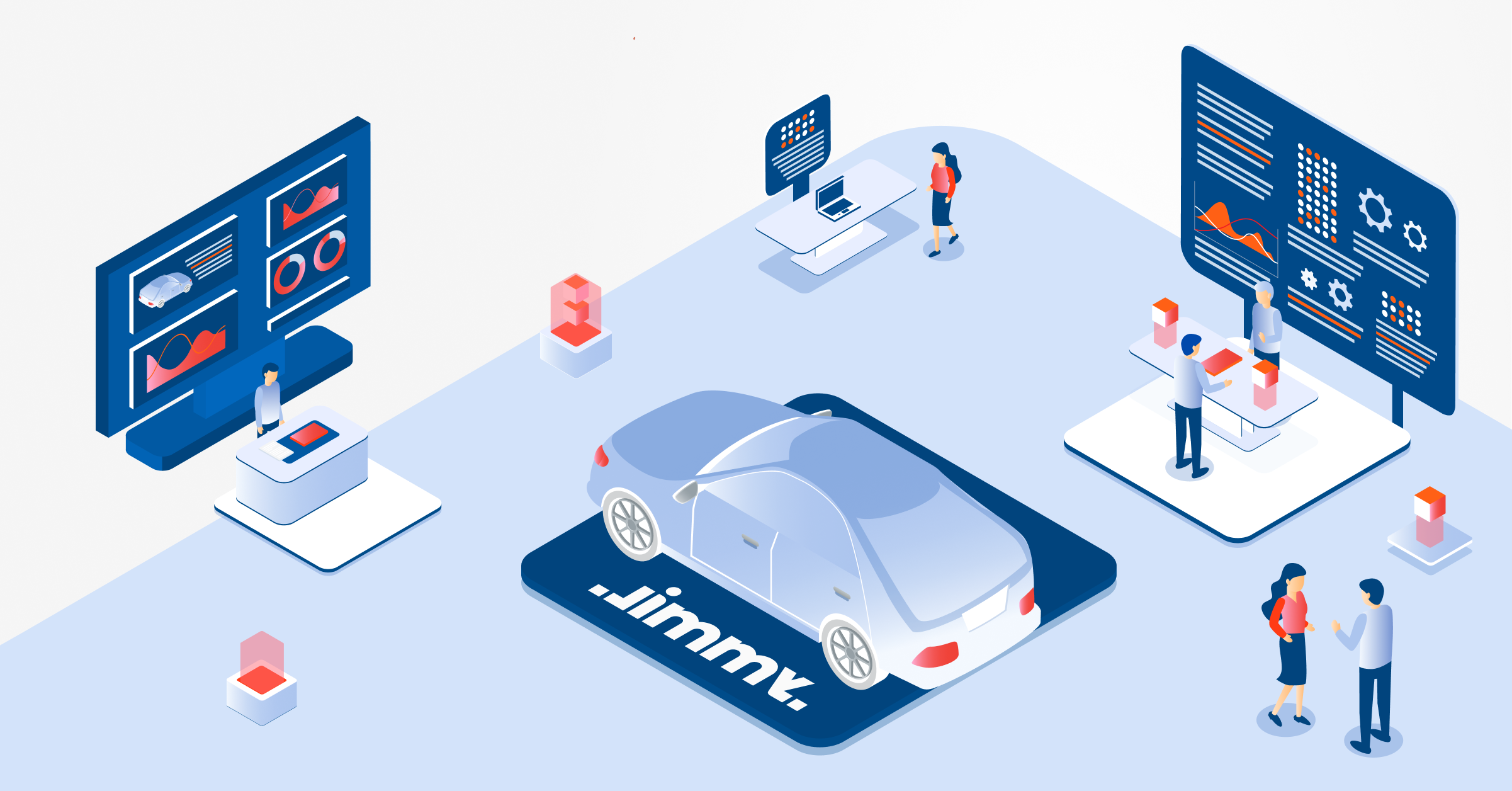 With over 100 years of history, the business model of the automotive industry remained, in general, quite unchanged - produce, sell, and service vehicles. Radical change is now coming at a fast pace though.

In this series, we’ll elaborate on reasons for various crises of vehicle manufacturing giants and what an IT world, specifically smaller digital companies can do to find “a way out”.

The number of years that I have spent in the automotive world should help me with reaching the main goal - distilling main trends and estimating future industry development with a minimal number of #hashtags and buzzwords.

It is very hard to overestimate the automotive industry's importance in the economic well-being of different countries. It is one of the world's largest industries by revenue (from 16% in France up to 40% in Slovakia).1  According to estimates from 2017, the automotive industry accounted for 12% of the gross domestic product (GDP) in the US, 12% of the GDP in Japan, 14% of the GDP in Germany, and 10% of the GDP in South Korea.2 It is also the industry with the overall highest spending on research & development.3

Try to guess what kind of impact on GDP, employment rate, and further consequences could bring the stagnation of just one major European car brand.

All right, you might say that the current situation was here before, it all happened due to the current two “black swans” of 2020 and 2022, but if we look further back, we see problems that happened before those two crises. A major European group of brands delayed the start of production of their first fully electric vehicle lines (with a new architecture) by almost a year due to problems with the software. In the end, all connectivity services were cut out and even the crucial OTA (over-the-air) update functionality needed to be updated manually by the service providers later, and the actual services mostly came after. Did this company make any lessons learned? Doesn't look like it. We hear and read news with the same headlines talking about years of delays again, over and over.

A significant portion of GDP correlates with the size of the employed workforce. Like on a scale - on one side there is a hypothetically inefficient company, which does require continuous state support. On the other side, this company employs tens and even hundreds of thousands of workers. Corporations then become crucial for the economy and tax income and therefore governments become more and more dependent on their success. It is a closed feedback loop.

Škoda Auto received governmental support in the amount of 53M EUR (1,3bn CZK)5 in 2021. Volkswagen Slovakia received 18,1M EUR from the state budget6. State support scheme for low-emissions cars that was approved in 2020 by VW would cost German taxpayers 3 billion Euros ($3.57 billion)7. Is it profitable for a large corporation to employ more workers even if they don't actually need them? What impact would the limitation or cancellation of subsidies have?

It is very important to keep in mind what kind of importance, influence, and mainly political leverage the automotive industry has on the countries' performance, thus their governments, while reading through this article.

Before going further let's have a brief dive into the history and “poke some mummies with a stick”.

General Motors (now Motors Liquidation Company) story of bankruptcy is quite unique. It is unique because the company still exists, but the whole burden of its failure fell on the taxpayers' shoulders. This corporation is so huge that if it did fully shut down all operations it would have changed not only the industry but also the whole economy and culture of America forever.

In 1965, GM earned the title of the most profitable private entity in the US, by the end of 2008 they had posted an almost 30 billion dollar loss. Another sad fact is that the stock price for a share dropped from $90 back in the mid-1990s to under $1 by mid-2009 during the crisis.

Various analyses do agree on the following main reasons for such a steep decline - a number of wrong investment decisions, poor quality of produced vehicles, loss of competitive advantage, high production costs, absence of flexibility to adapt to change, and a constant aim for a short-term benefit during decision making. Let's check some of the reasons in detail.

In 2020, Reuters released production plans for GM and Ford for the next decade. North American production of SUV models by GM and Ford should outpace production of traditional cars by more than eight to one in 2026, and 93% of those SUVs are expected to be gasoline-fueled.8 The reason is simple - they make more profit on each luxury SUV - such as GM’s $80,000 Cadillac Escalade or Ford’s $76,000 Lincoln Navigator - than they do on a dozen compact cars, according to analysts.9 Did this company make lessons learned from the 2008 crisis? It does not seem to be the case. Here we see a clear aim for short-term profit, again.

If we look at what's happening now - gasoline prices have doubled. It's no longer a question of if but rather when the demand will make a swap, similar to 2010, the market already has more affordable sedans available in higher quality from Japanese and European brands, ready to fill the demand.

We already know how this will end, but how long will the US government support GM with import taxes and bailouts?

This is the current corporate philosophy - always aiming for a short-term profit. At the center of attention, there were financial indicators instead of quality, customer needs, and investments for the long term.

Rick Wagoner (GM CEO 2000-2009) had a role in the catastrophic decline of the company. Under his leadership, GM suffered more than $85 billion in losses, closed several plants, laid off 25,000 employees, and was eventually bailed out by taxpayer money (almost 50 billion USD). He left his CEO position with a nice golden parachute of over 10 million dollars and a lifetime pension of 74 thousand dollars a year. Do you know a better personal success story? Based on what performance parameters was his exit package calculated? How are the CEOs who came after him even motivated and evaluated?

We'll look at the Reasons for the current automotive industry struggle in Part 2.

2 Saberi, Behzad. “The role of the automobile industry in the economy of developed countries.” International Robotics & Automation Journal. May 17, 2018. https://medcraveonline. com/IRATJ/IRATJ-04-00119.pdf

8 "Detroit's near future based on SUVs, not EVs, production plans show", Reuters, 2020. https://www.reuters.com/article/us-autos-emissions-suvs-insight/detroits-near-future-based-on-suvs-not-evs-production-plans-show-idUSKBN21D1KW

9 "Detroit's near future based on SUVs, not EVs, production plans show", Reuters, 2020. https://www.reuters.com/article/us-autos-emissions-suvs-insight/detroits-near-future-based-on-suvs-not-evs-production-plans-show-idUSKBN21D1KW 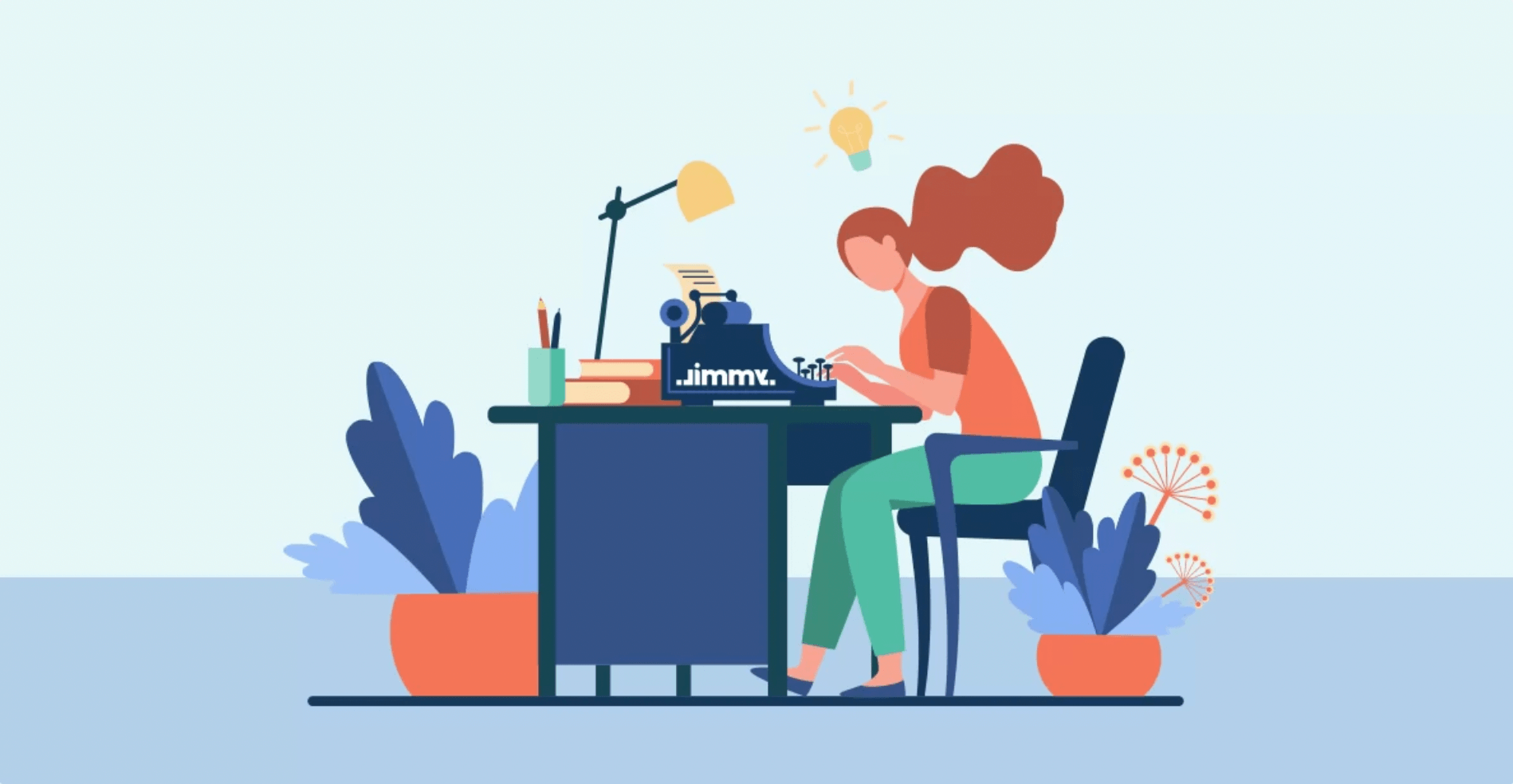 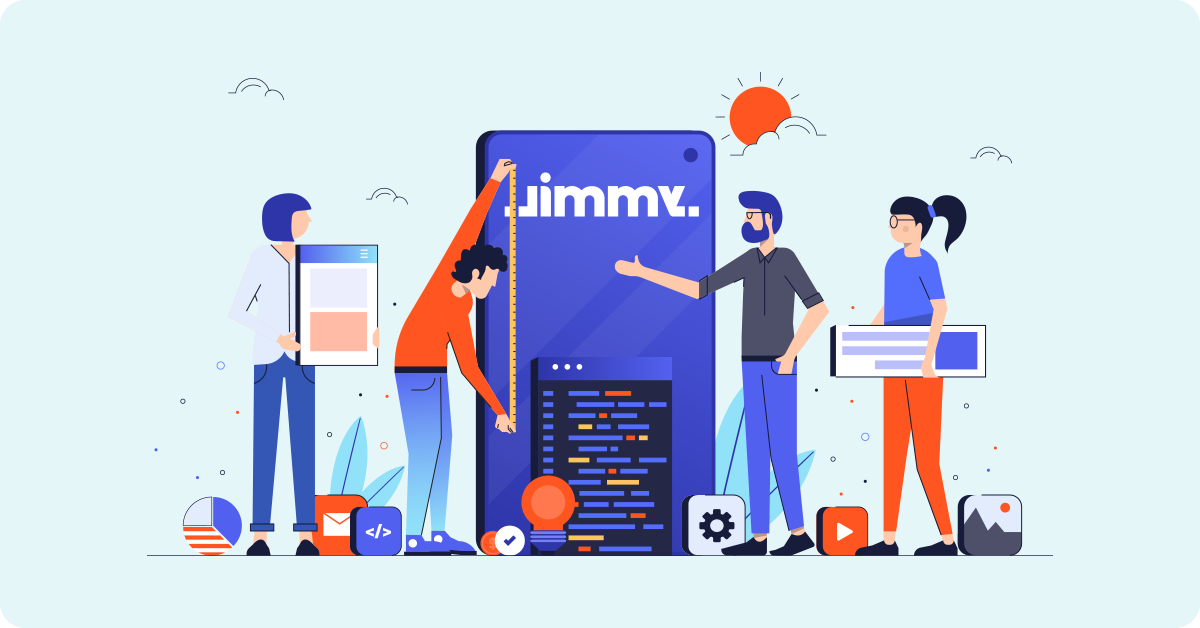 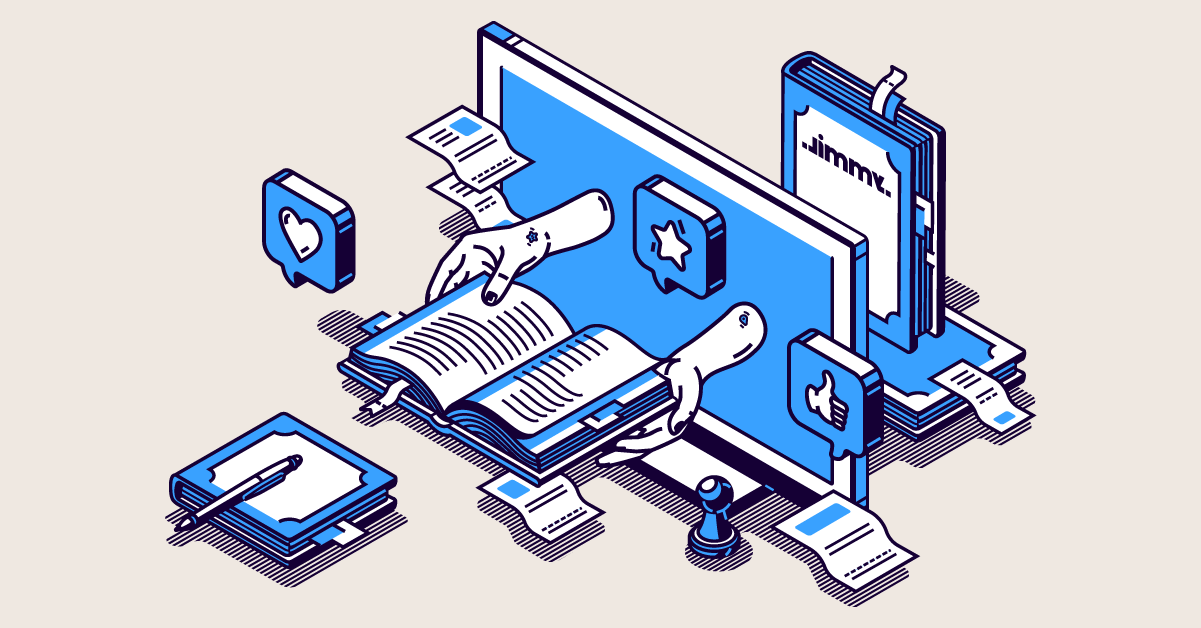 Why does automotive struggle, and what's the way forward? (Part 2) 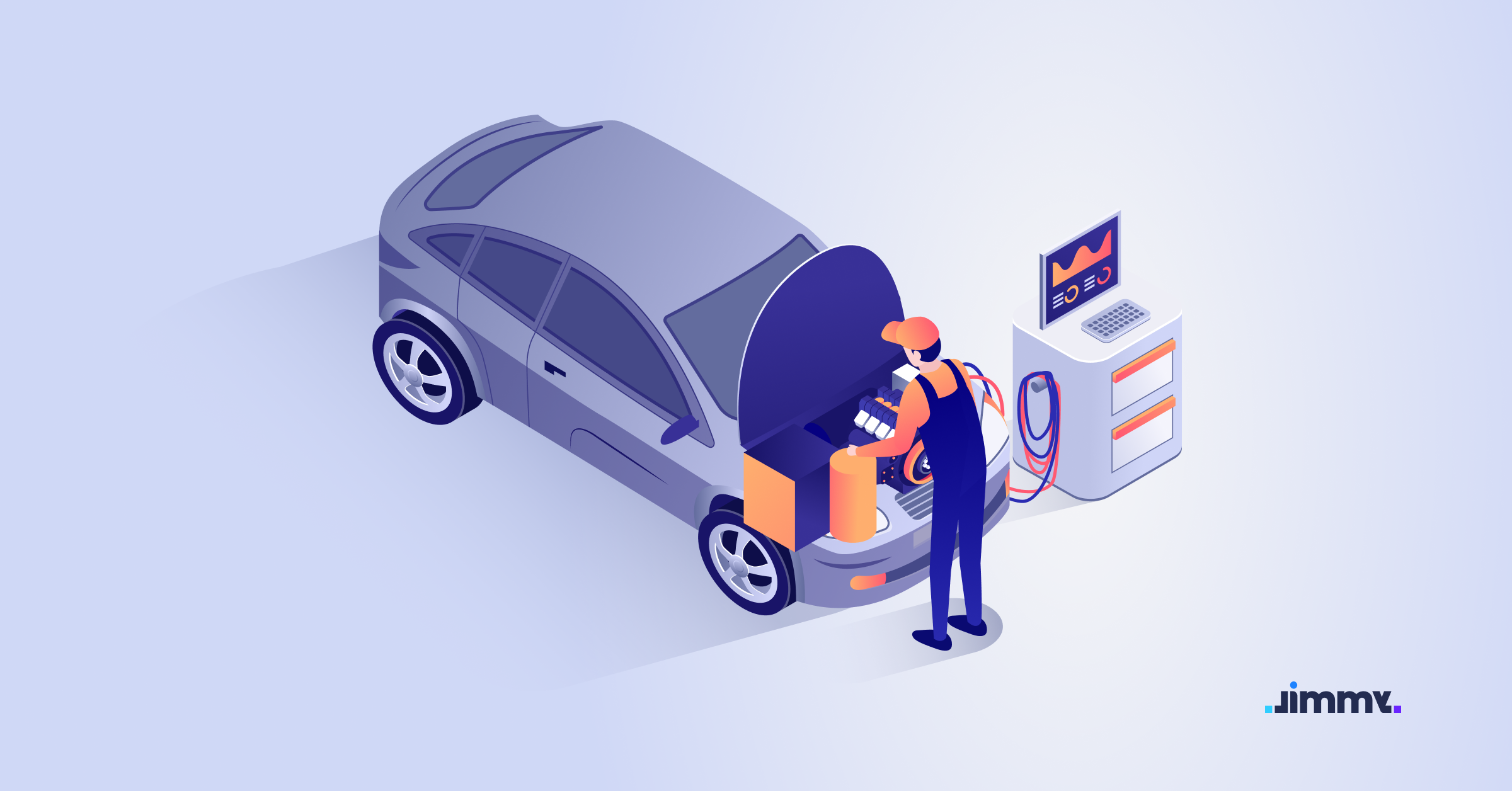 Monoliths or microservices? What are the critical differences between approaches to application architecture? 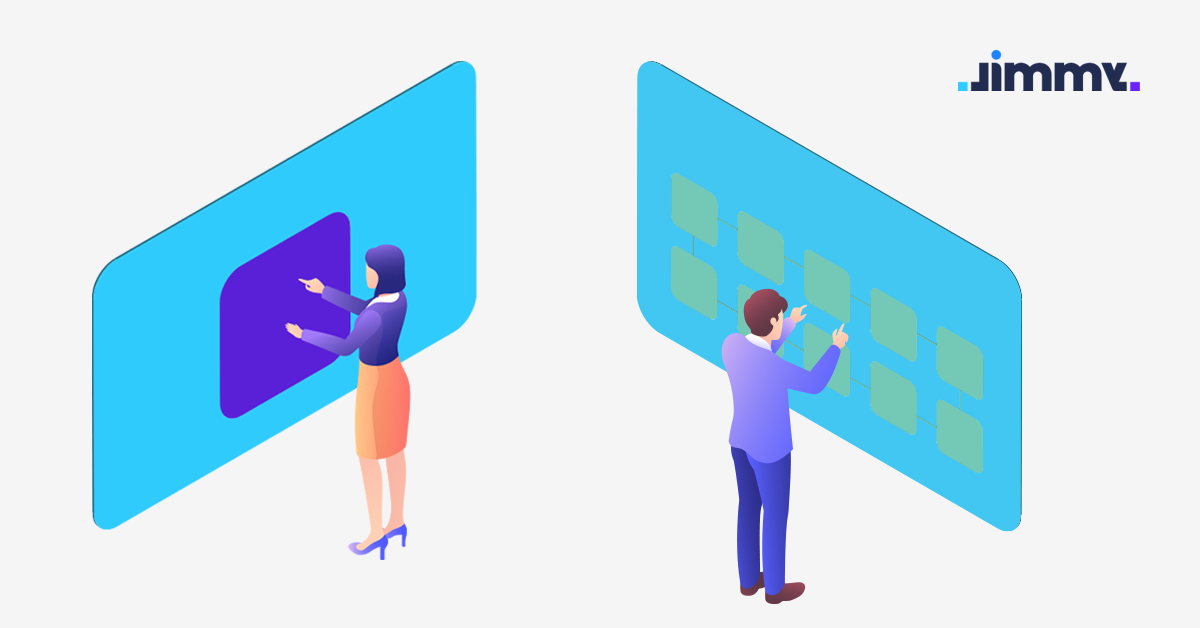 There are two popular approaches to the application design. Let's look at the benefits, drawbacks and their suitability for specific projects. - Jimmy's Architecture Series - part 1.

Crucial dos and don'ts you must know when developing mobility services 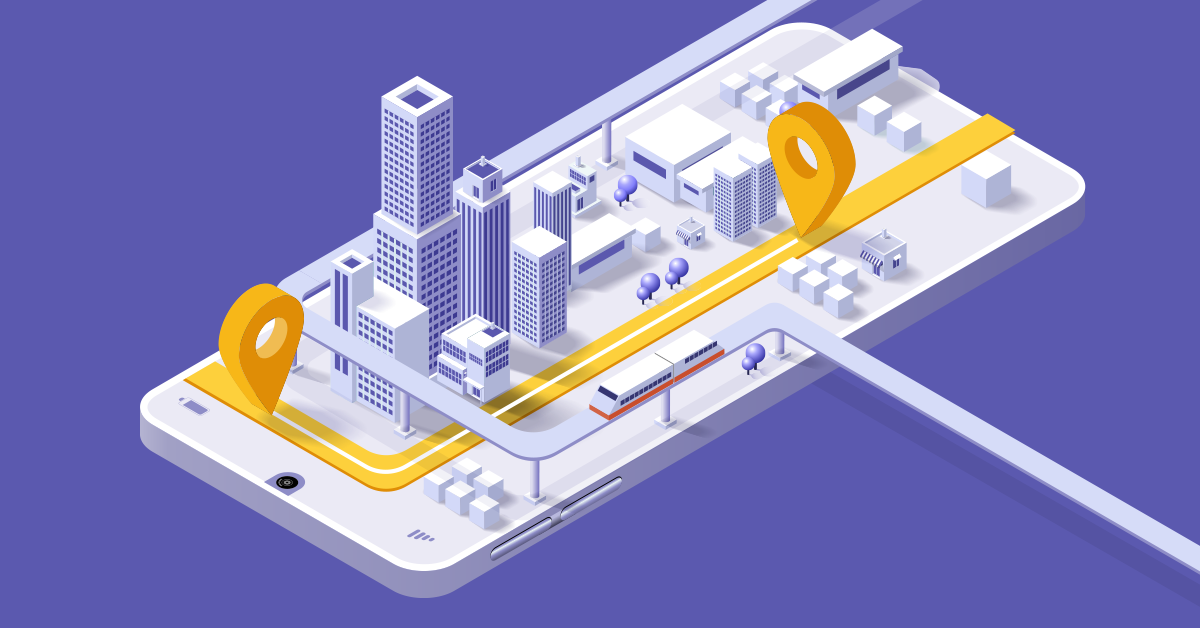 Are you in the mobility field? Read our technical tips which will help you while building software.